Today marks the start of British Flowers Week; a week-long celebration of British-grown cut flowers and foliage that aims to bring British flowers back into our homes. Here at The Flower Lounge we’re embracing all things British and celebrating this home-grown industry in all its flamboyant and fragrant glory – as well as sharing some limited edition bouquets for free…read on!

We’re very excited to announce that we have a new British flower supplier on board who will be stocking us with beautiful flowers and foliage from local farmers.  In our last blog, we shared our love for fragrant Stocks – one of the great British flowers. But now, we’ll have access to many more British blooms, from Alliums to Alstroemeria, Cornflowers to Delphiniums, Lilies to Sweet Williams – what could be more patriotic than that?

British Flowers Week is the brainchild of the team at New Covent Garden Flower Market in London, where British flowers have been traded for centuries. However, over the past three decades flowers from all over the world have swamped the UK market, making British flowers almost an exotic species! But slowly the British cut flower industry has been mounting a comeback.

Even here, in Didsbury, our customers are starting to ask where their flowers are grown and what’s in season – just as they do about the provenance of their food in our local shops and restaurants. British Flowers Week has built on that trend and put home-grown flowers back in fashion, fuelled by the rise of artisan flower growers.

Nonetheless, British-grown flowers are still thought to represent less than 15% of the £2bn worth of flowers sold in the UK every year. So there’s still some way to go, and it’s up to us to put Britain back on the flower map.  And why should we do this?

So we have no excuse, and helpfully New Covent Garden Market have put together a British Seasonal Chart that shows the seasonal availability of the 120 most widely grown varieties of flowers and foliages in the country - scroll down on the link.

For our part, if you live local to The Flower Lounge, then you might want to wander past or do a drive by (or two!) this week.  We’re creating some limited edition British flower bouquets which we’ll be handing out to unsuspecting members of the public to spread a little cheer and happiness. We’d love to see how it looks in your home or office if you’re one of the lucky ones so tag us on a photo on Facebook or Twitter.  Happy #BritishFlowersWeek! 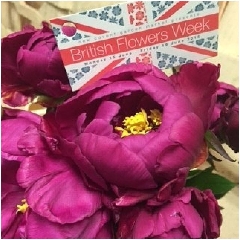 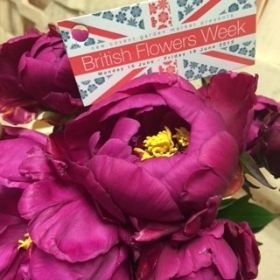 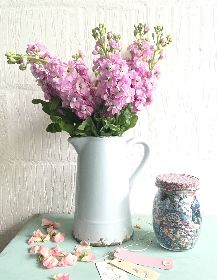 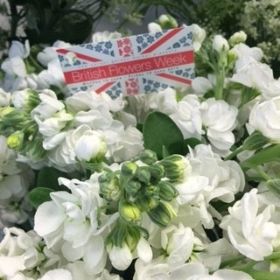 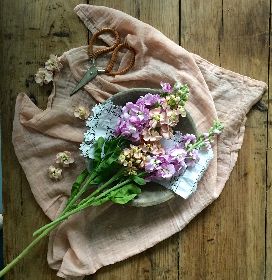 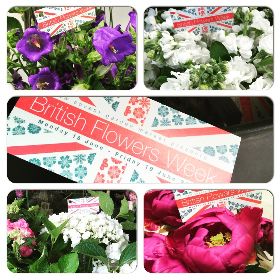